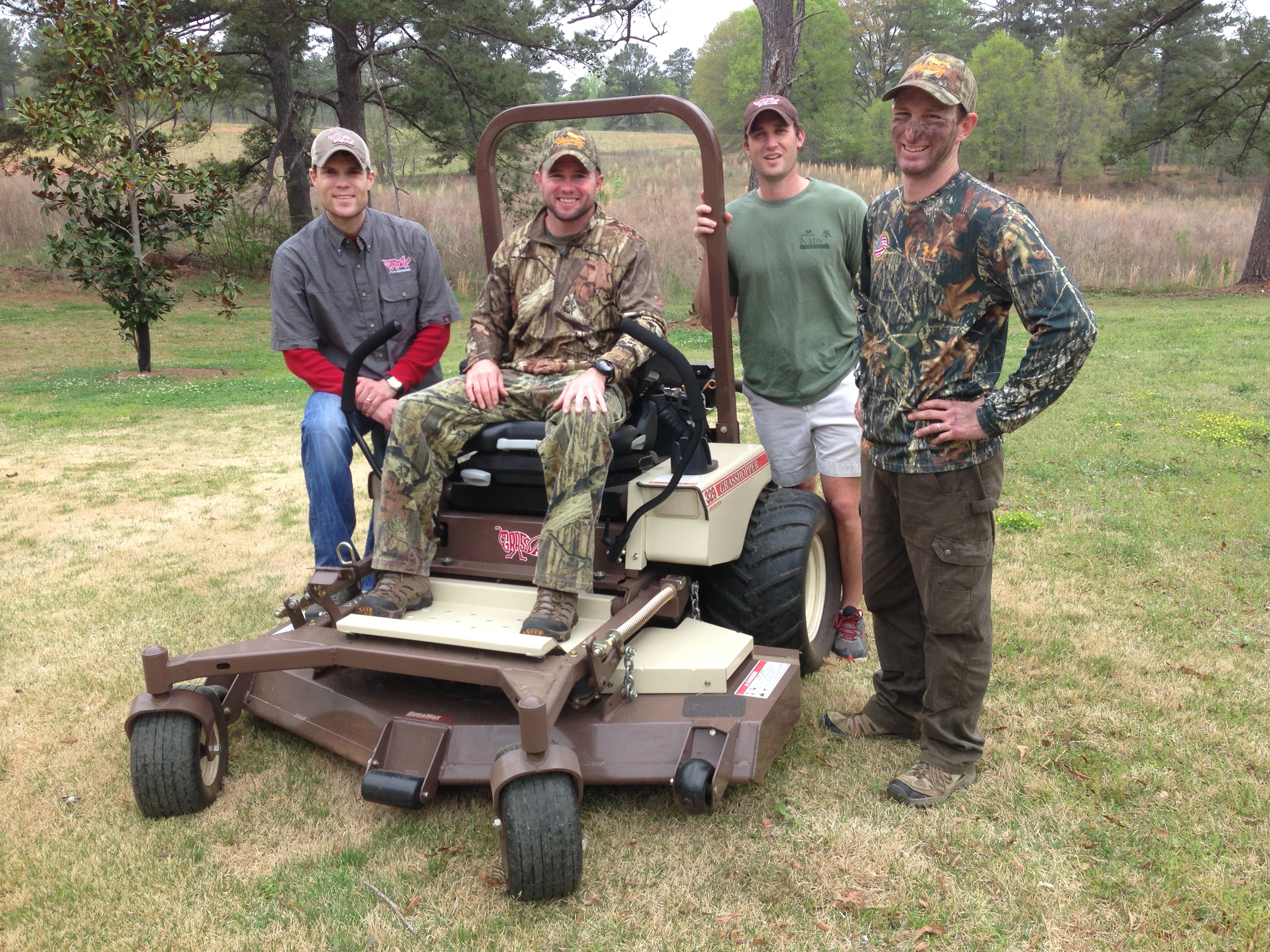 Grasshopper and MWSF representatives presented Trotter with his new Grasshopper mower during a turkey hunt at Foxworthy’s Georgia farm in early April. The hunt and presentation will be the subject of the April 29 episode of Jeff Foxworthy “Inside & Out,” an online web series sponsored in-part by Grasshopper.

“We are extremely pleased to partner with Military Warriors Support Foundation to donate this mower to Tom,” says Ruthanne Stucky, executive vice president at Grasshopper. “Grasshopper recognizes the sacrifice made by those who serve in our armed forces, and this is our way of showing appreciation and gratitude to our nation’s veterans.”

Grasshopper selected Trotter from a pool of candidates provided by MWSF – veterans who had previously been selected for 100% mortgage-free homes through its Homes4WoundedHeroes program – due to his experiences while on active duty and his dream of owning and operating a lawn care business. In 2011, Trotter was wounded in combat while on patrol in Afghanistan, which left him paralyzed in his left arm for eight months and eventually resulted in his medical retirement from the Marine Corps in 2012.

“The combination of a mortgage-free home and a Grasshopper mower will help Tom get back on his feet and transition back to civilian life as quickly as possible,” says Josh Kinser, senior director of field activities for MWSF.

Trotter says that receiving the new mower is one of the highlights of his life, and it will help jumpstart his professional lawn care business.

“This new mower is definitely going to help me get my business going in the right direction and put me in a position to provide for my family for years to come,” says Trotter. “I cannot say ‘thank you’ enough to Grasshopper and Military Warriors for their support and what this means to me and my family.”

Trotter will move into his new home on May 6, with his girlfriend, Rachel, and his two daughters. He is currently working on a business plan for his lawn care company, which will serve the Brevard County area in central Florida.

Grasshopper plans to continue its partnership with MWSF and donate a mower to a combat-wounded veteran on an annual basis. Veterans interested in receiving a mower in the future should contact Military Warriors Support Foundation –militarywarriors.org– for more information about qualifications and applications.

Watch Foxworthy, Grasshopper and Trotter discuss the donation with the cast of “Fox & Friends” on April 26.